Nashi or the Asian pear comes from a three that has the same name – Asian pear. It is fruit that looks little bit like a regular pear and it grows in the temperate climate zone and therefore it is possible to grow it in our climate too – just like a regular pear. It comes from China where it is popular and widely grown, especially in the eastern part, but you will find Nashi in Japan too.

It is more rounded than our regular pear but it is very similar in appearance. Especially the Chinese varieties. Asian pear is most often yellow with a hint of green, but it may also be orange to brown. The skin is covered with tiny elevated dots called lenticels. Compared to our European pears, Asian pear tastes like a pear and apple together, but is juicier. 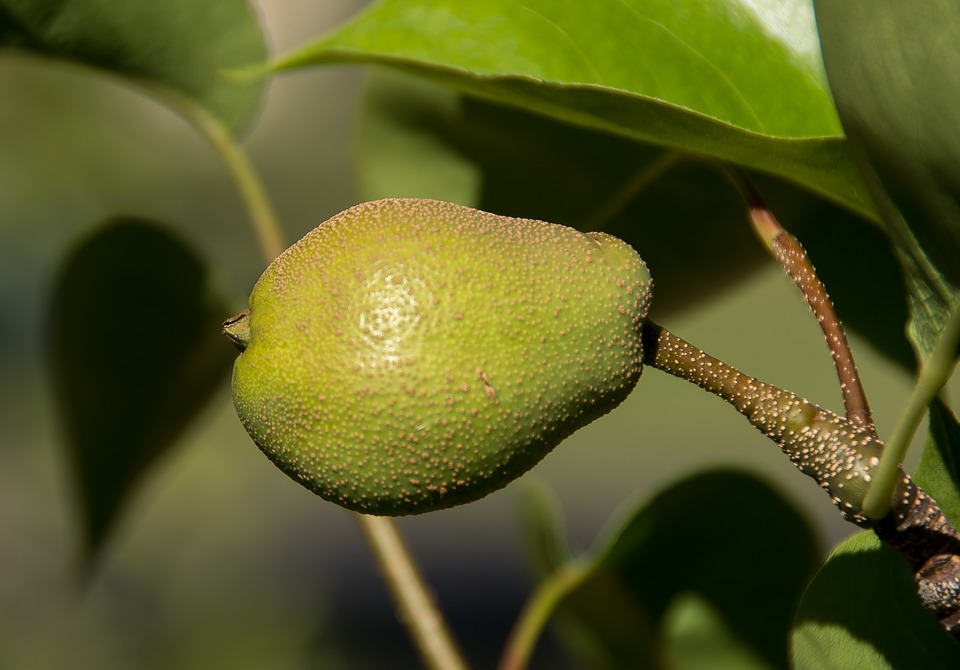 The fact that Asian pear is looks like pear and tastes both as apple and a pear suggests that it is a hybrid of these two species. Well, it is not the case, even though you can encounter a vendor who will try to sell you a tree called the “apple pear” or “pear apple”. The name Nashi is a Japanese word and it is simply translated as “pear”.

Asian pear trees can reach a height between 3 and 5 meters and can be pollinated by European pear trees – the decisive factor is the flowering period but you can’t go wrong if you plant two Asian pear trees in your garden, which will pollinate themselves. If you want to plant Asian pear, choose location with a regular garden soil – not too much water. The good news is that no pests or diseases attack the tree in our climatic conditions, so you do not need to apply any chemicals. Thanks to deep root system the tree can get deep and utilize the lower water reserves so you should water only if there is a severe drought.

Truffles also grow in our climate – but truffle picking is illegal…

Hemp seeds can recharge your brain