What should you do to make wisteria bloom? Sometimes little goes a long way

While some of us enjoy blooming wisteria every year and without much care, the rest of us it simply cannot make wisteria bloom no matter what we do. Or it may seem that way. If you belong to the second unlucky group, come with us and let us try to figure out what your wisteria is most likely missing.

Yes, you have probably heard this many times before, but it is true (excluding those of you who somehow get by without this laborious step every year). In the first half of March, remove all weak, diseased or dead branches, and those growing directly from the rootstock. Further, at the beginning of August, shorten all shoots by at least a third and remove those that would thicken the crown too much, or those that grow in the wrong direction. Wisteria deals well even with radical cuts. It re-grows back quickly. 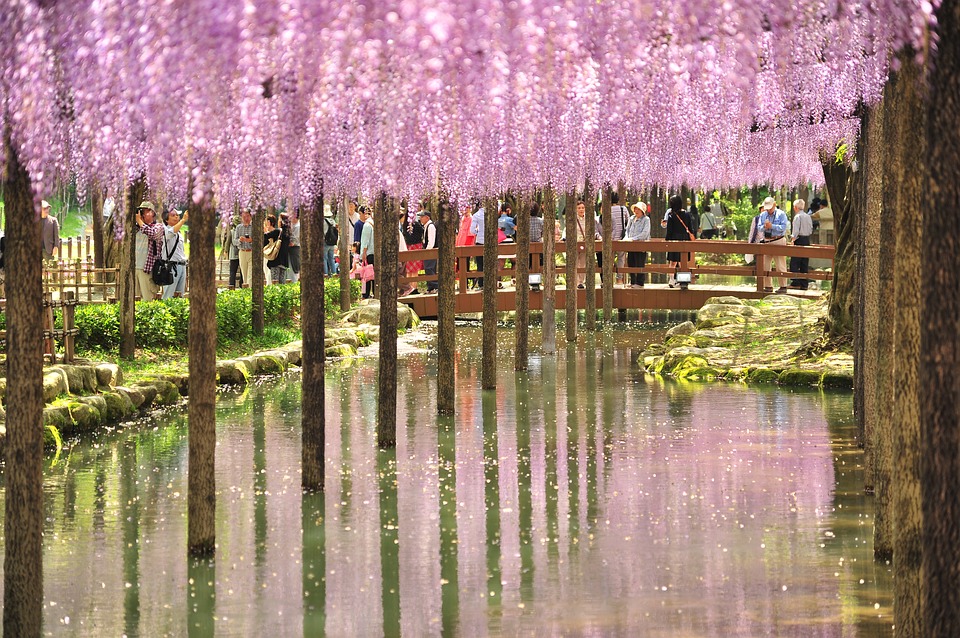 Do You Use a Proper Fertilizer? Are You Sure?

We should not repeated it again but because nitrogen supports the growth of green parts, and phosphorus and potassium support flowering, use the correct fertilizer. The more nitrogen, the fewer flowers. If your wisteria does not bloom at all, reduce nitrogen to a minimum. And do not use nitrogen fertilizer at all at the beginning of August – it would slow down the ripening of the shoots before winter.

And a Rather Desperate Advice at the End: Cut the Root System

Sometimes wisteria fails not bloom because it has already grown too much. So, in March or April, take a spade and dig it up and around it. A depth of 40 centimetres and a distance from the trunk of 1.5 to 2 meters should be enough. Cut the root system and with a bit of luck, your wisteria may even start blooming the same year.

A Rather Neglected Issue: The Eastern Wall

Did you plant your wisteria alone the eastern wall? Well it is quite possible that the early morning sun caused the buds to sprout too early and then the night frost killed them. In this case, you have no choice but to move the plant to a different location.

Green shoulders around tomatoes: A physiological disorder that can be avoided

Does your oleander fail to bloom? Find out what is wrong!