The oyster mushroom – a nice gift just before Christmas

What about taking a trip to the forest and collect mushrooms for Christmas? Sounds crazy? Well not really. This year’s winter seems to be mild again and we will probably see snow only at high-altitudes or hopefully on ski slopes – the artificial snow. In any case, going to the forest at this time of year is not crazy because you can still find lot of mushrooms, including oyster mushrooms. Yes, it is easier to buy it in a supermarket – the Polish stuff, or you can get it in a powder form, but to grow your own or get it directly in the forest is something else. So try little adventure this year!

How to identify oyster mushrooms?

First of all, you should realize that it is a parasite and grows on old wood – various deciduous trees such as willows, poplars, beeches or walnuts. The pileus can be up to 20 cm wide and the colour may vary. Oyster mushroom is usually greyish, grey-brown, beige-brown, grey-blue or grey-purple. The mushroom has a relatively short stipe that usually grows sideways. 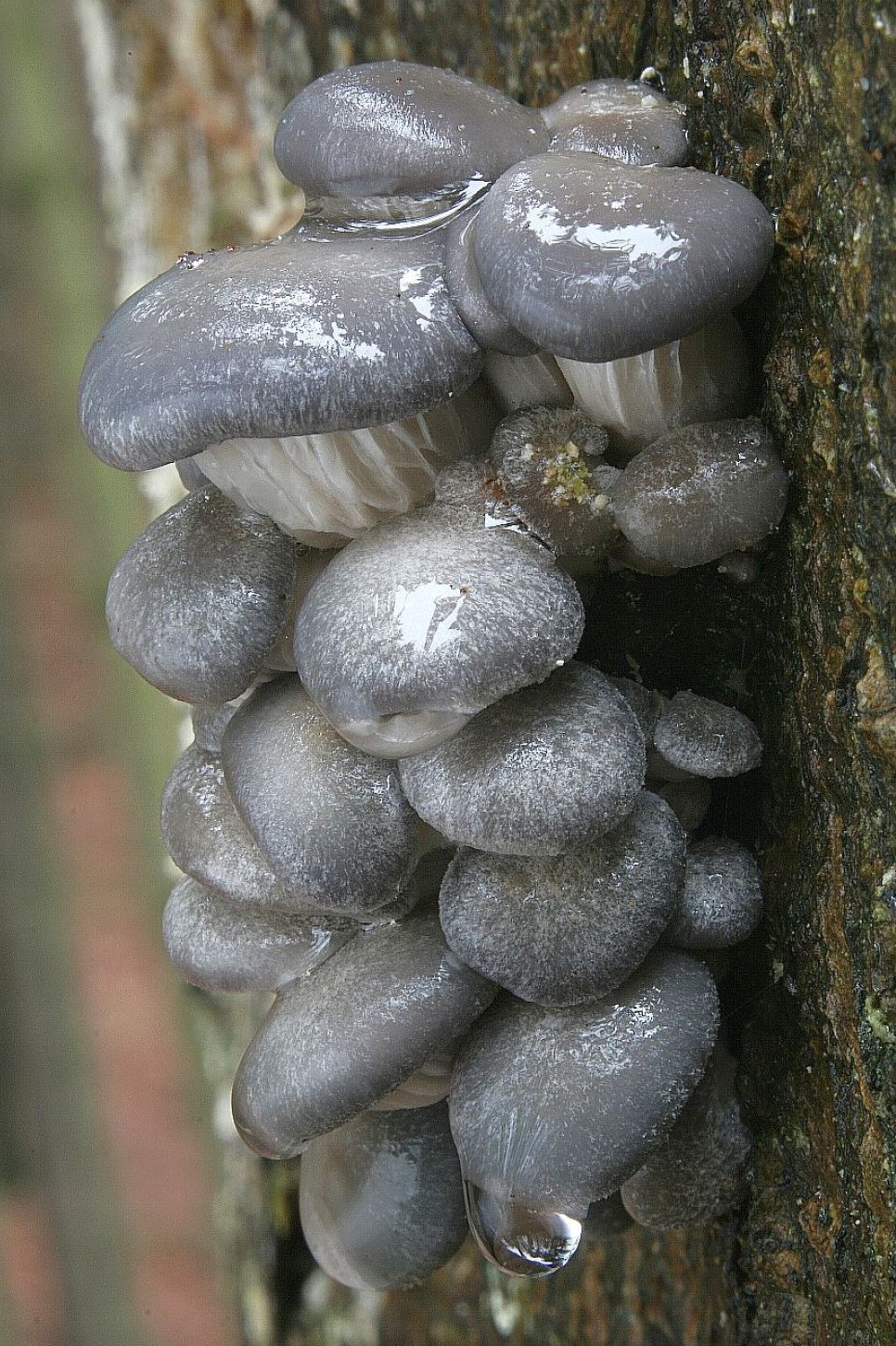 Can you confuse the oyster mushroom with other mushrooms?

Well, the good news is that it is very difficult to find a similar looking mushroom that would be downright dangerous. A similar mushroom is for example Sarcomyxa serotina. It appears after the first frosts hit but it has a yellow to brown-olive pileus. The scales of this edible, but not tasty mushroom, are clearly separated by an orange ring. Sarcomyxa serotina is very hard and tastes bitter. You can also confuse the oyster mushroom with the Indian oyster or lung oyster, but this one is also delicious so it should not a big deal. The Indian oyster only grows from spring to autumn though. 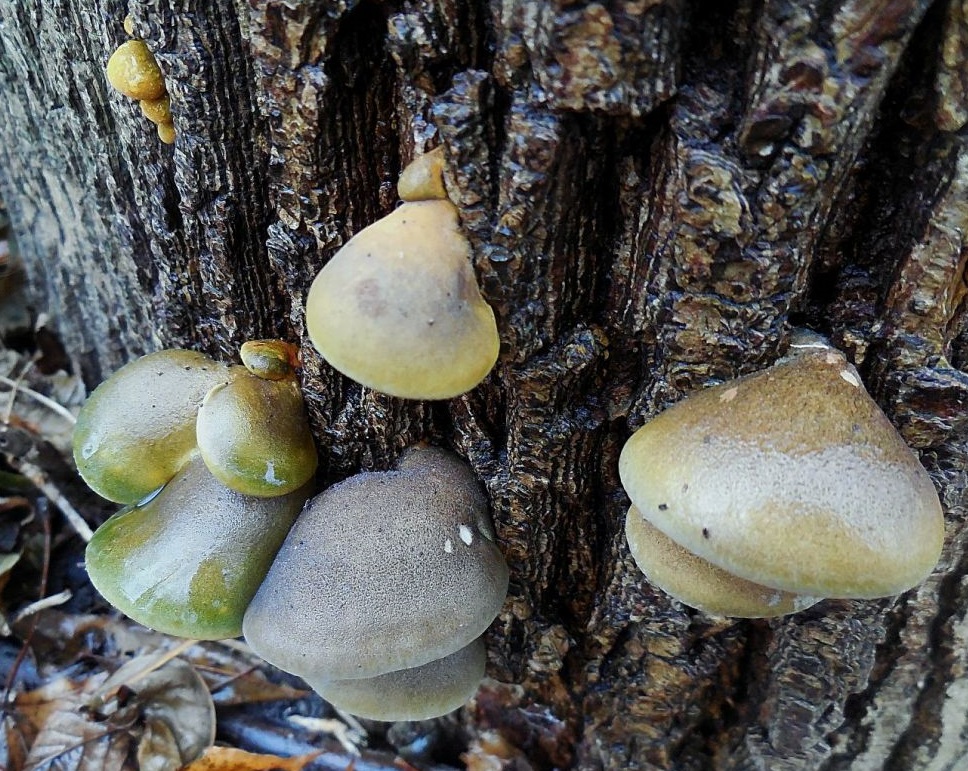 Where and when can you find the oyster mushroom?

Go hunting during a mild winter. You can go right after the first frosts hit. You can find it easily until February. It grows in large clumps in forests, meadows or even in gardens. It is rather hard to miss it – even when it is covered by snow. 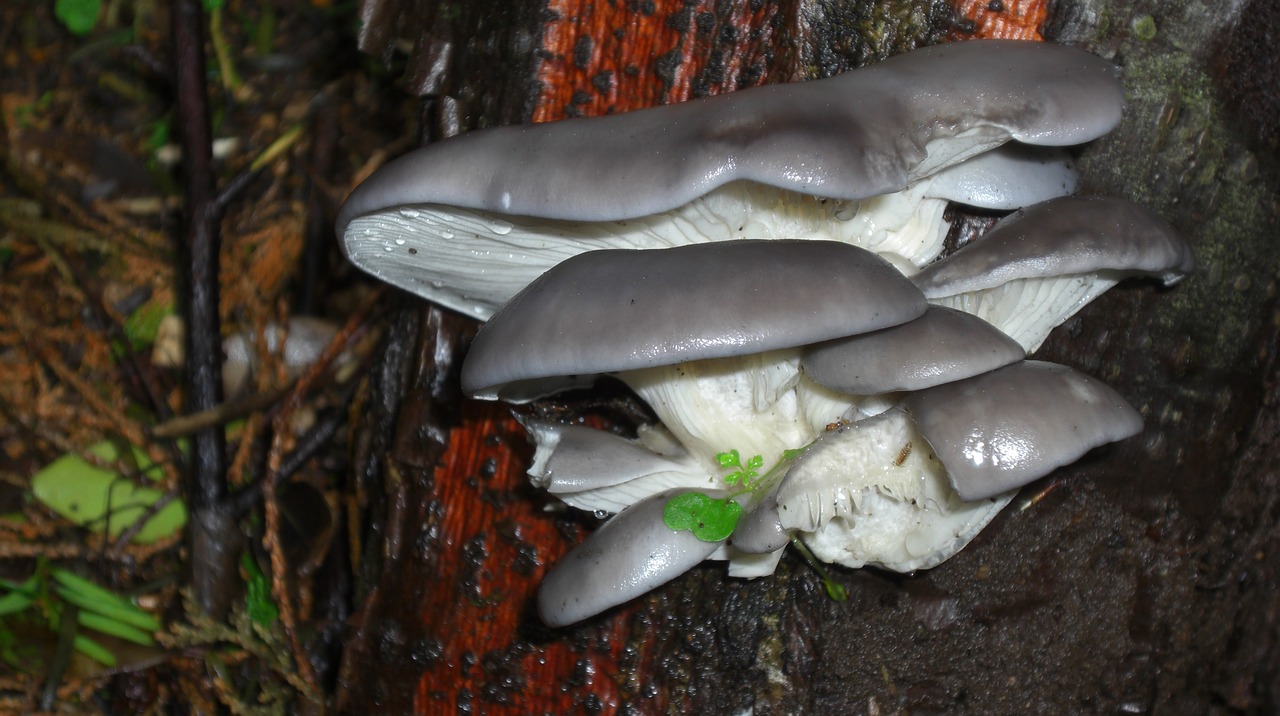 Many uses in the kitchen

You can literally do magic with the oyster mushroom in the kitchen. An excellent choice is to make a tripe mushroom soup. The taste is excellent and the soup is “lighter” than the real stuff. Another option is to marinate it in a sweet and sour marinade or stew it with garlic – you will love it! The only “issue” is that oyster mushrooms need to be cocked little longer to make it soft.

Oyster mushrooms contain many vitamins and minerals and other beneficial elements. It has been used for ages to strengthen the immune system and to support the function of the spleen and stomach. It is also used to treat eczema and various allergic reactions. Oyster mushroom contains plenty of so called beta-glucans capable of mitigating negative effects of radiotherapy so not surprisingly it has been used to support various cancer treatments. The pileus contains a substance called levistatin, which can reduce cholesterol levels. Oyster mushrooms are also crushed into powder and used as a spice – mushroom spice.

How to crack a coconut