An apple with worms is often better than chemically treated apple

Have you picked and apple from an apple tree and found out that it has worms? Not a big deal. Worms are quite common in apples. Usually you can tell right away that the apple has been infested with worms if you see a small hole in the apple, which may even show the excrement of the caterpillar. Well not a very appetizing sight. Apples often shrunk at the beginning of their development and those can even ripen earlier. It may not be a big problem to consume apples like that, but it usually depends on how far the worms got. Many people tend to say that an apple with a worm is better than those that have been chemically treated. Well, there is a certain amount of truth in that…

How Did the Worms Get into your Apples?

Several pests are responsible for that. This problem cannot be solved using one universal chemical spray. Apple sawfly, codling moth or oriental fruit moth are often the responsible culprits. The most frequent and destructive is the codling moth. 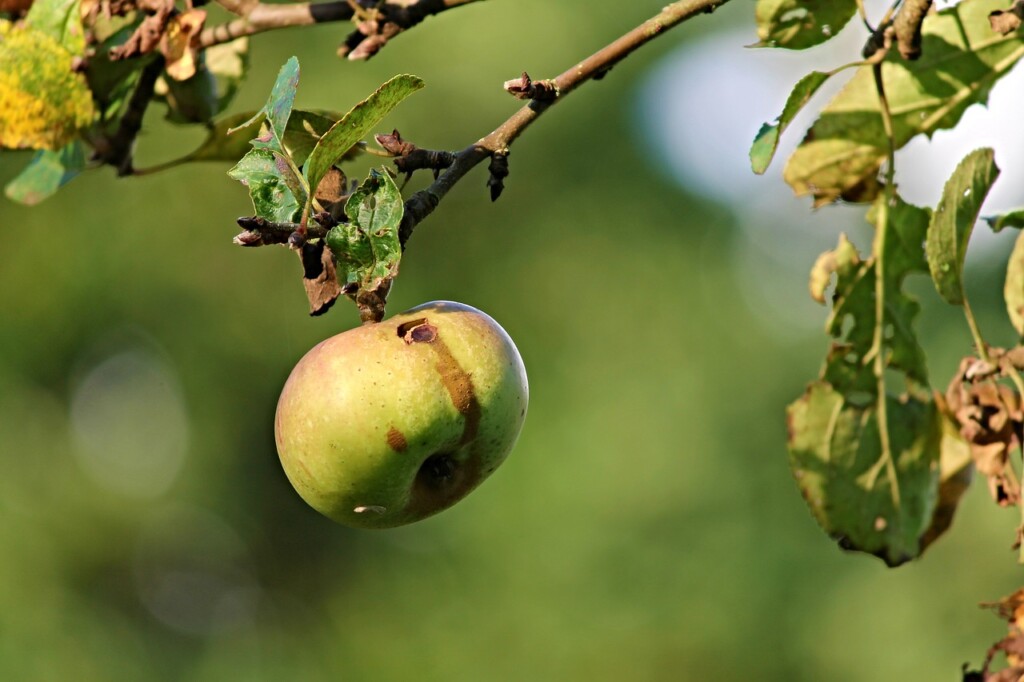 You can Fight, But…

You can fight back with chemicals, which are usually sprayed in May or June, i.e. when the fruits are fully developed and you need to repeat the spraying during this time, because female butterflies lay tiny white eggs from which many insatiable caterpillars hatch. We recommend using adhesive tapes because the butterflies get glued to them and if there are many of them, start spraying.

Select and Sort out Apples at an Early Stage

We recommend selecting apples on trees at an early stage of development, but if you do it later, it is ok too. Sorting apples on trees is not a big problem for smaller apple trees but for older trees sorting or thinning may be impossible. But on the other hand older trees often produce so much apples that a few wormy apples will not bother you and if you plan to use your harvest to make schnapps or ciders, then there is no need to bother with worms. For example, the popular variety called Malus domestica tend to be wormy quite a lot. Anyhow, the question now is why we do not see any worms in apples sold in stores? Well, it is because they are sprayed several times with different chemicals and that is something that many of us may not appreciate. As we already said, a wormy apple from your own garden is often better than the one from your supermarket.

Artemisa, sometimes referred to as mugwort or wormwood. Are you familiar with this interesting plant?

Black tomatoes – not for decoration only but great taste too